Just a quick update to let you know how I got on in today's Beachy Head Marathon.

It was the twelve consecutive time that I have raced the event, and again it was a great day.  The course is superb, but the event is more than this.  It is really the friendly atmosphere that make it stand out, although it does help with it being my home town race, so I seem to know quite a few of the runners and spectators! The weather was largely bright sunshine and pleasantly warm, although with a strong wind it made it pretty tough heading out to the furthest point at Bo Peep, but then the tail wind over the Seven Sisters and up to the top of Beachy Head was 'magical'.  I guess overtaking four runners during this stretch of the race also added to the enjoyment!

Well I actually ended up with a PW, yes a personal worst time, and a personal worst finishing place!  But what maybe a little surprising, I felt that I ran pretty well, although the time and place don't really reflect this.  I'll expand a bit on this in my race report which hopefully I will finish in the next few days.

As highlighted above I finished quite strongly over the last ten miles, but just couldn't quite match it with loads of runners heading out, as I found myself I think outside of the top ten at one stage!  Now that was a massive shock to the system which fortunately got me to really focus, to persevere and to be patient!  Below are two photos that my son Robert took of me during the race.  Unfortunately he has decided to set up a photo business, and his going rate is £4 a photo.  So it cost me £8 for these two shots.  A bit rough especially with it being my fancy camera that he used! 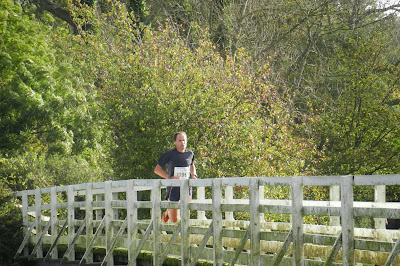 At Alfriston after around 9 miles 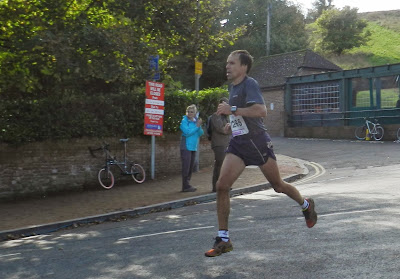 Running hard right to the finish.  Although I needed that quick pace earlier on!
And a few extra scenic shots. 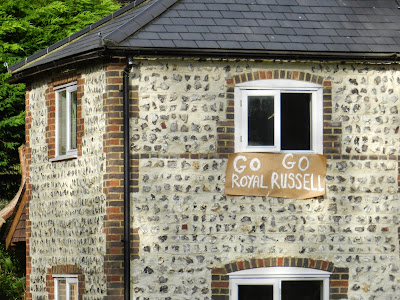 The support from the spectators was great! 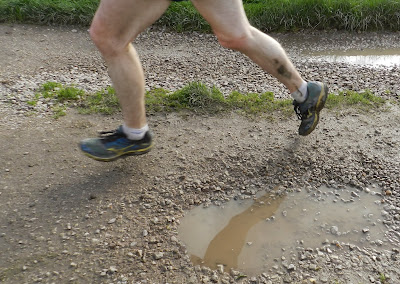 Are these your legs?
﻿ 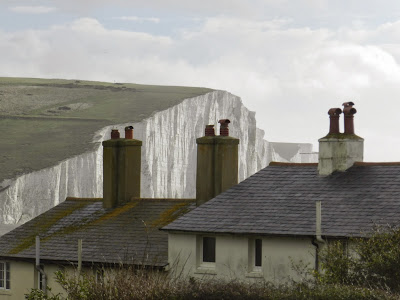 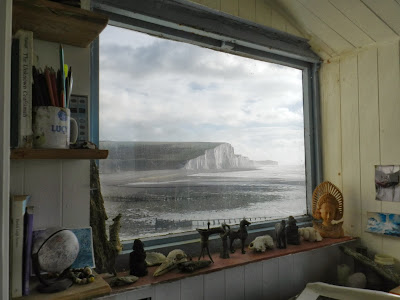 Not a picture, but a window at a friend's house!  What a view! 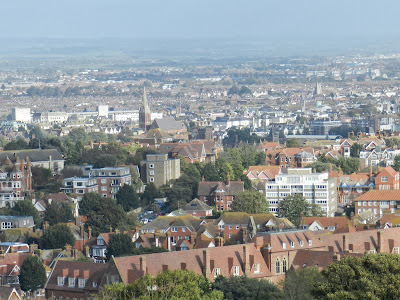 The 'Eastbourne Landscape' welcomes you to the finish 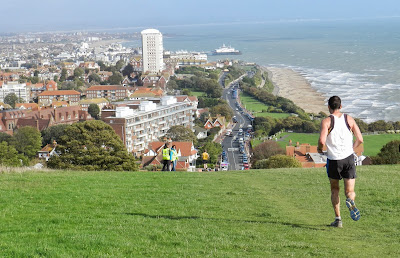 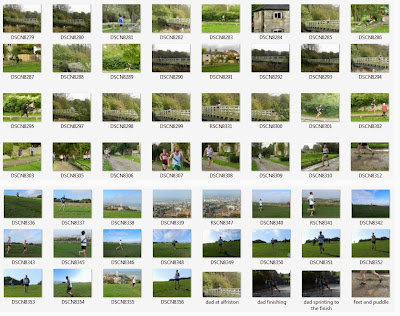